It should be talked about more & I have decided to use my writing voice for the good.

There are different reasons why people bully, including:

These are all psychological reasons because of which, people ruin other people, psychologically! How can we let science justify that? This can be debatable, that people suffering themselves make others suffer? Yet, I don’t see anything debatable in that sentence! I have heard so many stories where people who got bullied, suffered from a mental illness, throughout their lives because of it. Yet, they never bullied anyone, because they understand the consequences. So, there is something more wrong with people bullying others.

Just the other day I was talking to some friends, reminiscing school days. We asked each other , if we ever bullied someone. I couldn’t recall anything, but I am sure in one way or the other, I must’ve said some ‘inappropriate’ words to some friends. But there’s no justification for that. Of course, we call names with friends, it’s basic friendly gesture, but I am sure that in one way or the other, we have bullied others and have been bullied ourselves! But how do we know?

Verbal bulling includes name calling, insults, teasing, intimidation, homophobic or racist remarks, or verbal abuse. While verbal bullying can start off harmless, it can escalate to levels which start affecting the individual target.

Social bullying, sometimes referred to as covert bullying, is often harder to recognise and can be carried out behind the bullied person’s back.  It is designed to harm someone’s social reputation and / or cause humiliation.

Social bullying can include:

The Cyber Bullying Research Centre defines cyber bullying as:  Intentional and repeated harm inflicted through the use of computers, phones, and other electronic devices.

Cyber bullying can be overt or covert bullying behaviours using digital technologies including hardware such as computers and smartphones, and software such as social media, instant messaging, texts, websites and other online platforms.

Cyber bullying can happen at any time. It can be in public or in private and sometimes only known to the target and the person bullying.

Cyber bullying can include:

Are You A Bully?

I haven’t change a word from the website for ‘Types Of Bullies’. The website described it quite well, and I am hoping it is pretty clear to you after reading it, if you’re a bully or not. I am sure, we’ve all been a Verbal or a Social Bully, even if we admit it or not. We have called names, teased people, made fun of them based on their height, weight, skin colour or life choices even. It may be friendly, if you want to justify, but you cannot. Some people are stronger and these things doesn’t affect them as much a it does to others. To the ones this affects the most, are your fellow human beings, who have been suffering because of us and we can stop their sufferings. But there are other types of bullies, the website didn’t mention, but it happens everyday.

Other Types Of Bullying, That Proves We’re All Bullies

There is no one in particular that describes enough to prove that we’re all bullies. But I am determined to address and stop.

Remember when we talked about ‘that girl’ being ‘fatter’ or ‘that guy’ being ‘gay’ or spread rumours about someone having an affair. Even judging someone by things we’ve heard from someone else?

Have you seen ‘Gossip Girl’? Or read the books? Gossip Girl is a 6 Season Crash Course of ‘How To Be A Bully’.

Gossip is a type of bully that is being used for ages and I know, I can say all I want, but it will never stop. But, the least we can do, is stop the rumours and trash-talk about people based on the things they cannot control. Let’s start today. Now.

Have You Been Bullied?

I am sure you have. When you were called out for being too skinny, too tall, too fat, too short, too dark, too fair, too extroverted or too introverted, too friendly, or too arrogant. Need I say more? But how does it affect us?

Self-Doubt: We doubt ourselves and our lives because of it. We doubt if there’s something wrong with us, when in fact, it’s the person calling you out who’s wrong.

Negative Thoughts: We can think through out, but only negative ones. When we’re bullied, our positive approach to things is diminished to none. Inspite of knowing, that it’s not us, it’s them.

Abandoning Social Flowers: We reduce social interactions and stop watering relationships that can grow for good. Not because we don’t want to, but bullying comes with a price & you feel like we don’t have a friend anymore. All we have, are bullies.

When we’re bullied, we can face consequences through out our lives. If we are strong, then we forget easily, but if it effects the core of our strength, mainly the core of our existence, we become scarred for life. Those scars haunt us everyday and we’re not even responsible for them!

This is a part, where I should tell you – stop bullying and don’t get bullied yourself. Don’t punish others for your miseries, make better friendships that can help & live with a more kind, positive approach to life and others. BUT. I won’t say it. It’s upto you.

It’s a choice without an option.

I WRITE & share it in different forms. I write about Love, Life, Self, Psychology, Mental Heath, Writing & More…. View all posts by Taruni

2 thoughts on “Why People Bully: A Choice Without An Option” 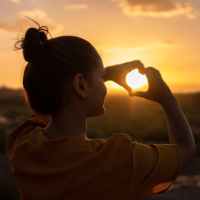 I WRITE & share it in different forms. I write about Love, Life, Self, Psychology, Mental Heath, Writing & More….